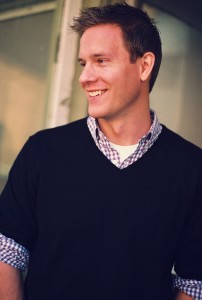 Matt is an MBA student at the University of Michigan focusing on strategy, marketing and entrepreneurship. He is especially interested in the e-commerce, digital media, and consumer products industries.

Matt spent 11 weeks during the summer of 2012 as a Business Manager Intern in Amazon‘s Jewelry and Watch category. Matt also spent six weeks, during the same summer, as an intern at Totsy, a mid-stage e-commerce startup in NYC.

Matt also interned for 8-10 hours a week at RPM Ventures, an early-stage venture capital firm based in Ann Arbor, MI during the first year of his MBA.

Matt worked in corporate finance at Steamboat Ventures, the VC arm of Disney, for 3 years before starting his MBA. At Steamboat, Matt was responsible for reporting and analyzing the firm’s portfolio companies’ financial results, analyzing term-sheets for upcoming investments, reviewing legal documents, and creating models for the firm’s current portfolio. Matt was also responsible for the management of Steamboat’s financial statements. Prior to joining Steamboat, Matt earned his CPA license while serving as an auditor at Porter & Company. Matt holds a B.S. in Business, with an emphasis in finance, from Liberty University.